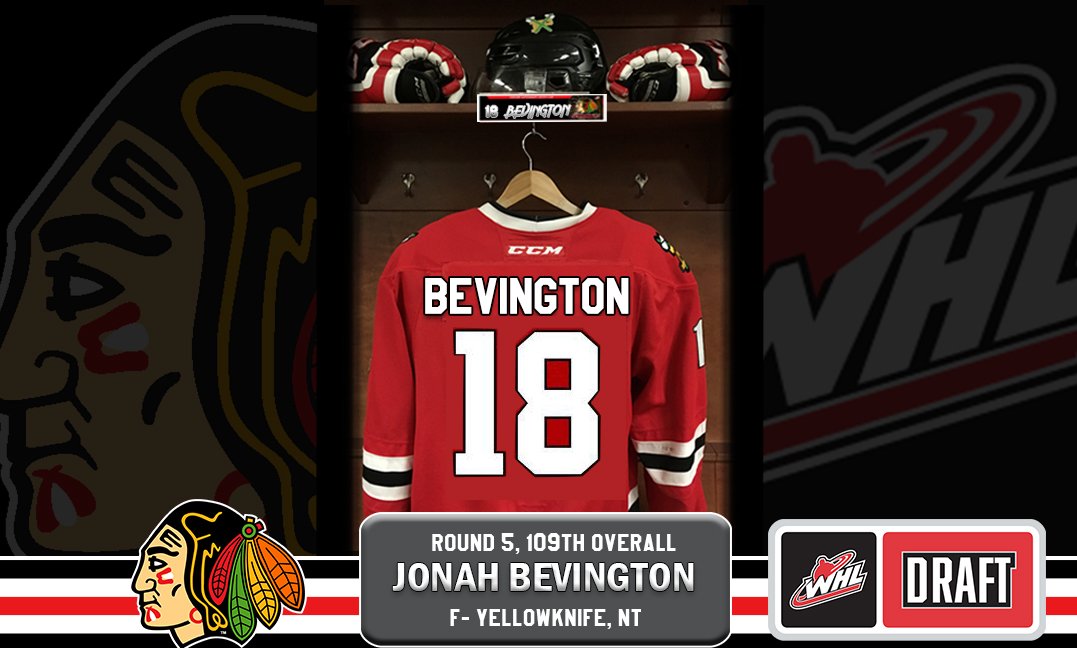 Jonah Bevington is the lucky player this time around as the 14-year-old was picked in the fifth round, 109th overall, by the Portland Winterhawks on May 3.

He became the first player from the NWT ever selected by the Winterhawks.

Bevington said there was no indication that he would be drafted by the team but it was exciting when he got the news.

“I got a phone call from the head coach (Mike Johnston) and the head scout,” he said. “We had talked to the team a couple of times before but they never indicated I was going to be drafted. It was exciting when I was told and my family was really excited too.”

Bevington has played the last two seasons with the Okanagan Hockey Academy in Edmonton in the Canadian School Sports Hockey League. This past season Bevington played with the academy’s bantam Elite 15 squad and put up 28 points in 29 games.

“He’s a two-way forward with solid puck-skills,” he said. “Has the potential to be a power forward in this league. We were excited to get him where we did. He’s a blend of everything. Can skate, plays physical and enough puck skills to contribute offensively.”

Bevington said he had conversations with several other teams before the draft, some seemed to express more interest than the Winterhawks, which made it a bit of a surprise that Portland drafted him.

He won’t be playing in the WHL anytime soon as players must be at least 16-years old to play but he will get an invite to the team’s main camp in August. Portland does things a bit differently than most other junior hockey teams in that anyone who has either been drafted, protected, or is on the current roster gets an invite to main camp. A total of 80 players will be going.

From there, the 80 players are split into one of four teams for the duration of the main camp and play a mini-tournament.

Austin Daniels knows all about that. The Yellowknife hockey player was invited to Portland’s camp two years ago and said Bevington will get a great experience.

“It’s a really well-run organization, very professional and I had a real good time,” he said. “It’s tough but it helped me with my career. They gave me lots of good feedback.”

After camp is over, Bevington said he isn’t sure what he’ll do for hockey next season but there’s a good chance he’ll be back in Edmonton.

“I’ll probably be playing midget prep or Elite 15 again,” he said. “I’m just excited to have the opportunity to go to the camp and see what it’s all about.”